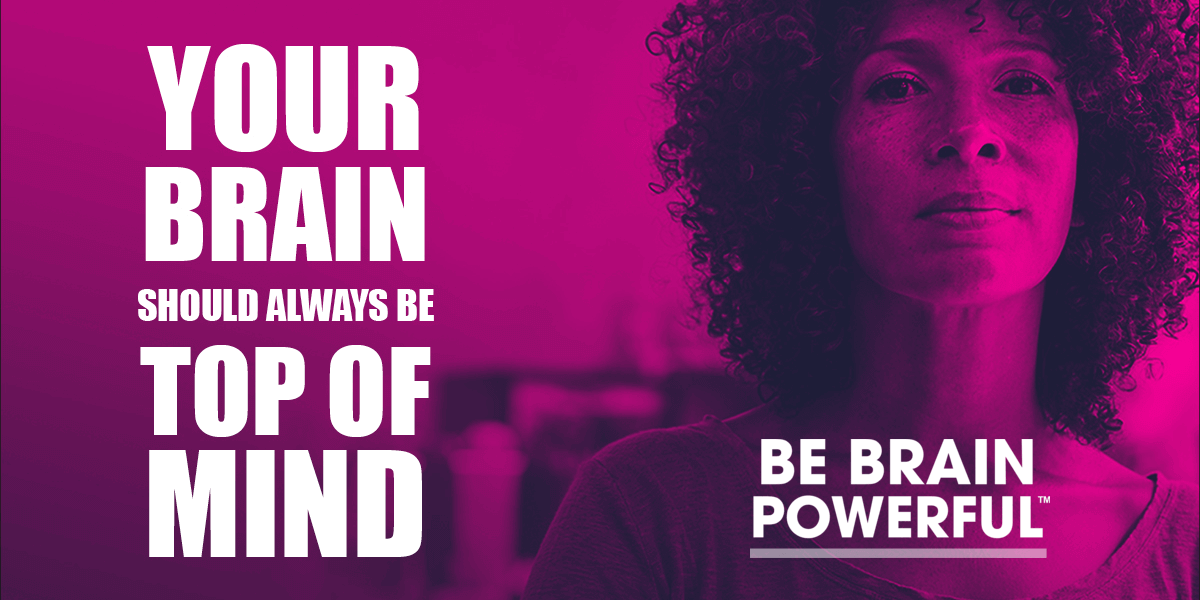 The launch of the #BeBrainPowerful Sweden campaign was announced on May 15, 2019, at Dementia Forum X. The campaign originates in the United States and started by UsAgainstAlzheimer’s and WomenAgainstAlzheimer’s in November 2018 to highlight Alzheimer’s disease with a particular focus on women’s brain health.

Studies have shown that women are disproportionately affected by Alzheimer’s and other dementias. Two-thirds of people living with dementia and two-thirds of caregivers are women. The Majority of research conducted today does not account for the variance in prevalence rate and the higher incidence is attributed to women’s longer life expectancy. However, new studies are increasingly demonstrating the role of socioeconomic, physiological and psychological risk factors which make women more susceptible to the disease.

The #BeBrainPowerful campaign aims to champion the discussion around women’s brain health and advocate preventative measures to reduce the risk of developing cognitive decline.

Geras Solution’s mission is ‘to transform the lives of those impacted by dementia’. With a similar philosophy to the BBP campaign, Geras Solutions uses digital tools to provide access to clinical assessment tools to enable early diagnosis and engagement of risk reduction lifestyle measures. Through our digital solutions– Geras Clinic, Geras Support, and Risk Reduction – people living with dementia, family members and professionals can find necessary support quickly and efficiently from home via a CE Marked and clinically validated APP.

Haza Newman, Co-founder of Geras Solutions says, “Alzheimer Disease International reports that over 75% of individuals living with dementia globally have not received a formal diagnosis. Furthermore, traditional cognitive assessments are subjective, slow and out of date. That is why we need digital solutions which can keep up with the growing public health challenge.”

The digital tools are based on sound medical knowledge from institutions such as the Karolinska Institute which is Sweden’s single largest centre of medical academic research. The risk reduction part of the app is based on Prof. Miia Kivipelto’s international FINGER study. The FINGER study is the world’s first and largest randomized control trial which provides scientific evidence on the positive impact of lifestyle interventions through exercise, nutrition and social activity on reducing an individual’s risk of developing cognitive decline.

In alignment with the #BeBrainPowerful Sweden campaign, Geras Solutions will actively support and implement the 30-day brain health challenge into its APP – an easy-to-follow series of tasks such as going for a quick run, spending some time socialising, brain training -designed to inculcate brain-healthy habits. In support of the campaign, Haza explains why Geras Solutions has decided to become an official partner:

“The fact that dementia affects women more commonly than men suggests that more investigation and exploration into the matter is needed. Some of the most important people in my life are women and we must do everything we can to lower the global non-detection rate of dementia. Campaigns that raise awareness and lend a hand to providing tools for risk reduction will only benefit the cause.”

Any cookies that may not be particularly necessary for the website to function and is used specifically to collect user personal data via analytics, ads, other embedded contents are termed as non-necessary cookies. It is mandatory to procure user consent prior to running these cookies on your website.